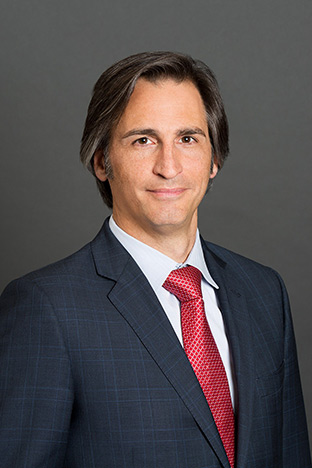 Mark J. Eberle, of Eberle Law PLLC, with offices in New York and Boca Raton, provides representation to a diverse clientele of actors, television executives, members of a royal family, business owners, corporate and individual fiduciaries, foreign nationals, attorneys, accountants, government and law enforcement officials, and others who are highly protective of their privacy and interests.

Mr. Eberle has extensive experience providing discrete representation of such clients in complex trust and estate, commercial, and real estate matters, whether transactional or in litigation.

Prior to becoming an attorney, Mr. Eberle was an officer of Republic National Bank, N.A., first working in its retail branch operations and then in its Legal Department, as liaison to the retail branches and factoring divisions and in providing support to the anti-money laundering and litigation teams.

Mr. Eberle advises his clientele on estate planning, including forms of domestic and foreign asset protection trusts. Mr. Eberle takes the necessary time and provides the appropriate attention to detail to ensure that he fully understands the wishes of his clients in his preparations of their wills, trusts, powers of attorney, health care directives, and other estate planning tools.

Mr. Eberle has counseled his clients in the proper management of their roles as executor, personal representative, administrator, trustee, and guardian and, at his clients’ request, he has served as their executor, trustee, trust protector and as a member of their investment advisory committee. Mr. Eberle has also served as a member of the board of directors of his clients’ charitable foundations and other nonprofits.

Mr. Eberle also has extensive experience in representing his clients in the litigation of complex trust and estate and intra-family and multi-jurisdictional disputes, including those involving allegations of financial fraud by family members, caretakers, and business colleagues. Mr. Eberle has represented his corporate and individual clients, in their capacity as trustee, executor and administrator, in probate, administration, and construction proceedings, including defending against will contests, prosecuting turnover proceedings, pursuing the judicial settlement of fiduciary accountings, and in enforcing the intended interpretation of will and trust provisions. Moreover, Mr. Eberle has represented his clients as fiduciaries and/or beneficiaries in federal and state court with respect to proceedings involving foreign forced heirship, undue influence, breach of fiduciary and fraudulent conveyance claims. Mr. Eberle has also handled contested guardianship proceedings throughout New York State.

Over his years of practice, Mr. Eberle has developed a reputation for being able to resolve multi-year trust and estate litigations that prior counsel could not. Indeed, Mr. Eberle takes great pride in his ability to come in as the second, third or even fourth attorney to bring a swift and amicable resolution to these multi-year litigations by presenting creative solutions. On several occasions, Mr. Eberle’s “adversary” counsel in such matters have thereafter retained Mr. Eberle to represent their clients in other similar trust and estate disputes.

Examples of Mr. Eberle’s successful handling of commercial and real estate litigations include:

Mr. Eberle has represented businesses, financial institutions and individuals in a number of complex corporate transactions encompassing hundreds of millions of dollars, including representing them as purchasers and sellers of retail insurance agencies and brokerages.  Mr. Eberle has also represented financial institutions in lending transactions involving regulated cooperative housing.

As to real estate, Mr. Eberle has represented his high-net worth clients, individually, as trustees, and as managers of limited liabilities companies and other entities, in their purchase, sale and leasing of real estate in New York and Florida, whether for business operations, investment or as part of gift-giving and lending strategies for the benefit of their family members.  Mr. Eberle works closely with his clients and their financial advisors and business managers to ensure that they receive the personal attention that they deserve.

Attorney Advertising/Prior results do not guarantee a similar outcome.